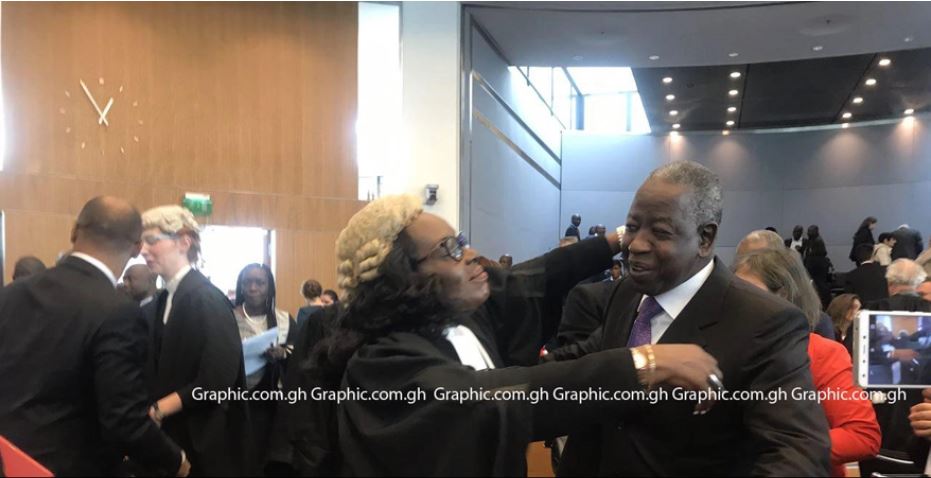 The Special Chamber of the International Tribunal of the Law of the Sea (ITLOS), has ruled in favor of Ghana in the three-year-long dispute between the country and Cote d’Ivoire.

The Chamber in a unanimous decision on Saturday, September 23, ruled that there has not been any violation on the part of Ghana on Côte d’Ivoire’s maritime boundary.

Justice Boualem Bouguetaia, President of the Special Chamber in reading the judgment accepted Ghana’s argument of adoption of the equidistance method of delineation of the maritime boundary.

The Special Chamber is now considering where the boundary between the two countries starts and ends.

In 2014, Ghana took the case to ITLOS to dispel claims it has encroached Cote d’Ivoire’s marine borders as part of oil exploration activities at Cape Three Points, off the shores of the Western Region.

Ghana’s defense held that Cote d’Ivoire was barred from demanding ownership to the disputed area it had acknowledged that Ghana owned the space without any qualms in the decades leading up to the oil discovery.
The oral hearings for the dispute were concluded in February 2017

In 2007, Ghana discovered oil and gas in commercial quantities, and this was followed by Cote d’Ivoire staking its claim to portions of the West Cape Three Points.

These claims were renewed in 2010 after Vanco, an oil exploration and production company announced the discovery of oil in the Dzata-1 deepwater-well

Cote d’Ivoire petitioned the United Nations asking for a completion of the demarcation of its maritime boundary with Ghana, and Ghana responded by setting up of the Ghana Boundary Commission.

This commission was tasked with the responsibility of negotiating with Côte d’Ivoire towards finding a lasting solution to the problem.
But this commission bore no fruit, and in September 2014, Ghana dragged Cote d’Ivoire to ITLOS after 10 failed negotiations.

ITLOS’s first ruling in 2015 placed a moratorium on new projects, with old projects continuing after Cote d’Ivoire filed for preliminary measures and urged the tribunal to suspend all activities on the disputed area until the definitive determination of the case.