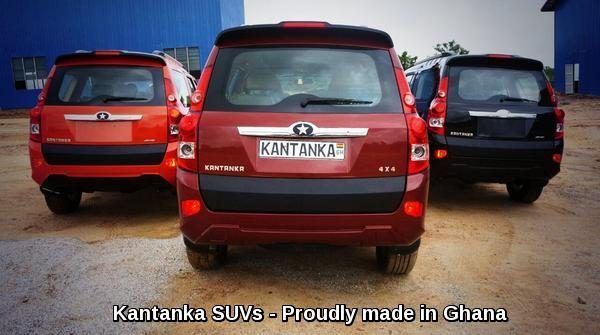 Ghana could see its first electric car, locally produced in the country as automobile company, Kantanka Automobile prepares to test its electric power-driven car by end of 2018.

According to company, the move is aimed at leapfrogging its operations in the industry, to be competitive and profitable.

Speaking to Citi Business News after Tropical Cable and Conductor Limited acquired one of the vehicles of Kantanka Automobile, the General Manager of Kantanka, Francis Kudjordjie was optimistic the electric vehicle will reduce the use of fuel in Ghana when outdoored.

“About three years ago, we came out with the first prototype of electric cars. The following year, we developed on it. We have three different modules of electric cars which has undergone test and have passed,” he announced.

He stated that the company is now outlining plans to market the cars since it is new to the Ghanaian market. “We are now moving up to the commercialization of the electric cars which by the end of the year or early next year, we will be rolling out and we are very sure and hopeful that with the introduction of the electric cars, it will be a mover for the nation”.

Touching on how it will reduce fuel consumption, Mr. Kudjordjie such cars will only require charging to move.

“We have already being complaining about fuel increases. With the electric cars coming in, we believe that it will cut down demand for fuel and move the nation forward”.

He argued that such a policy will boost the manufacturing subsector of the economy to grow.

“I think that this is where our industrial policy comes in. We should have policies with definite targets, definite numbers, specifics saying that if you have a company in Ghana, you should purchase your vehicles from the Ghanaian manufacturer, that is the only way we can grow the manufacturing subsector in Ghana” he said.

“I want a smart and an ambitious woman to marry” – Falz