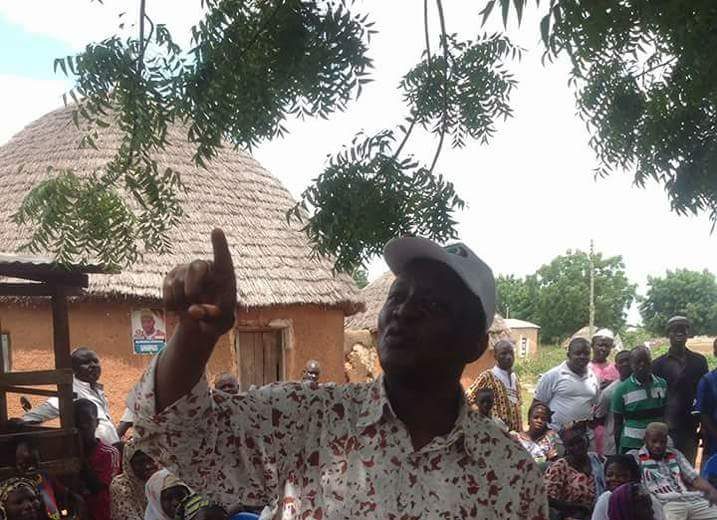 Abukari Sumani, a founding member of the National Democratic Congress party was the first MP of the Tamale North constituency, a Prince of Zuggu and a candidate of Zangblin skin in the Northern region.

The first Northern regional secretary of the party and former ambassador to Saudi Arabia died at age 71 after battling undisclosed sickness, according to the regional youth organizer, Alhaji Mohammed Abio.

The minority leader in parliament and Member of Parliament for Tamale South, Haruna Iddrisu has informed the family of the tragedy which struck  Saturday, August 12, 2017, at the Korle Bu Teaching Hospital.

He was the secretary to the Northern regional development corporation in the 1960s, board chairman of Ghana Port and Harbour Authority and Ranking Member of Defence at the time of serving residents of the Tamale North.

The death of the father of 10 and three-time legislator promoted tribute from fellow politicians and traditional authorities.

The party youth organizer who confirmed the news paid a glowing homage, adding the former lawmaker had served the region “diligently”.

He described the former MP as a “pillar and leader” in the region and beyond and provided sketchy details about the funeral arrangement saying the body would be flown in from Accra for burial in line with tenets of Islam.

A deputy communication director of the ruling NPP and youth organizer aspirant, Fred Tahiru shared his condolences with the Sumani family and expressed sadness at the news.

“For us, it comes to us as a very sad news, certainly we were not expecting. I think that it is a big loss not to just the NDC as a political party but to all political players particularly to political frontliners”, Tahiru mourns, adding that, “from the NPP,  certainly are very, very sad about the situation and I think that we will have to sympathize with the direct family and his political family”.

“His death has left me heartbroken,” a chief in Savelugu traditional area spoke about the news.

He polled 73% to be the first Member of Parliament in 2004 when the constituency was created out of then Choggu/Tishegu in a contest he won over five candidates including Basharu Dabali, now a spokesman at the Andani family controlled Gbewaa Palace.

He won again in 2008 polling 31,126 votes but lost to an independent candidate in 2012 after divisions were created and relationship went low between his campaign manager, Mohammed Abdul Salaam.