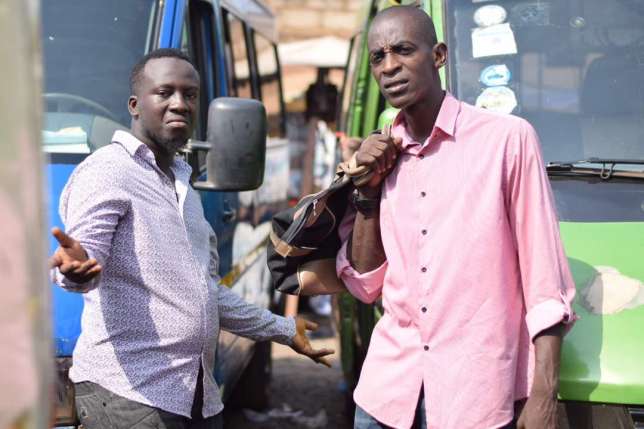 After cutting his teeth on the skit comedy circuit on the West Coast, comic Too Much got his big break when he was cast in the Junka Town series.

The lead actor behind the success of Junka Town Film had grown up using his sense of humor to help his friends cope with issues like drug addiction and incarceration, and eventually learning to thrive in the comedy scene helped give Too Much born Ibrahim Iddris the tenacity to make it on a national scale, both on stage and on screen.

He was in the capital for the premiere of Prince Dovlo’s “Coming To Accra” dramedy last year December 30th, 2017.

Too Much believes his character is here to stay and will continue to play lead roles in most movies he will be featured in the future.

He reveals his partnership with Prince Dolvo has been a good journey considering the fact that he gets paid well shooting for the award-winning director.

Speaking exclusively to netbuzzafrica.com, Too Much revealed that the Ghanaian movie industry needs support regardless of how well every film producer is doing individually.

“The movie industry has accepted Too Much from the days of Junka Town. I enjoy the attention but I believe we need more support”

“We lack help, fewer features and to top it all, some producers are not willing to introduce other promising faces in their movies to give it variety because they are so comfortable playing their favourite actors”

“When this happens, talents go to waste and a lot of these actors are left with no hope for the future but thanks to the very few directors who will still go beyond their will to cast new faces, they are the pride of the Ghanaian movie industry currently.”

Asked what keeps going throughout his 3-year-movie career, he says “It can be frustrating sometimes, but I keep telling myself never give up on my dreams. I will continue to invest my efforts and resources into things that I have passion for – music and acting”

Too Much, whose recent features include “Blue Film” and “Purple Movie”,  tells netbuzzafrica.com that he has put in a lot of efforts to make Prince Dolvo’s effort become successful and he hopes the movie will continue to be viewers’ favourite.

Donald Trump’s a shithole, doesn't deserve a place in my space - KOD

Lady with bleached skin turned away at Miss Ghana audition