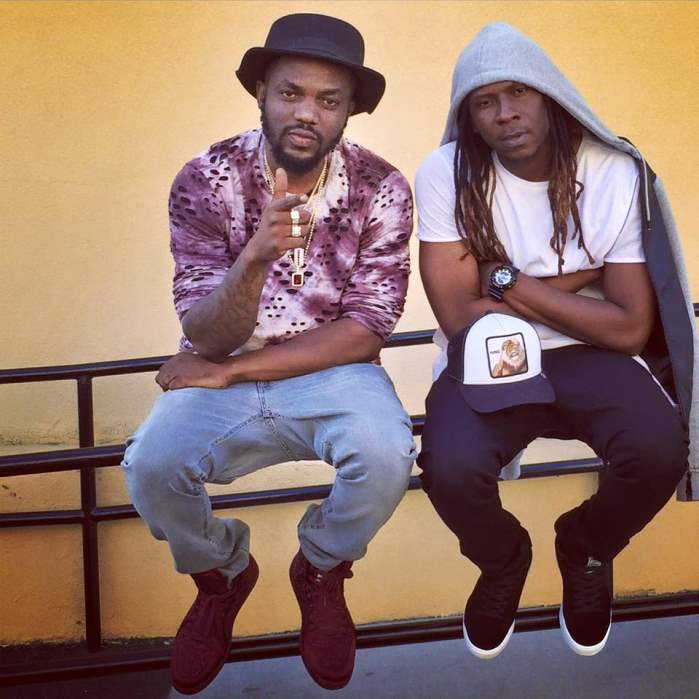 Having been the most talked about campus event of the year, Pentagon Hostel’s hall week celebration came off last Saturday, March 3 with a few artiste making way to thrill crowds at the African Union Hall.

While many were expecting to be thrilled by the headline duo, Omar Sterling, and Mugeez of r2bees fame, an unfortunate incident happened midway during their performance.
After taking time to entertain fans on his solo songs, Omar Sterling was later joined by Mugeez for their joint collaborations around 10:40 pm. Patrons jammed to “Slow Down,” “Bayla Trap,” “Makoma,”among other songs until the sound of the event went off causing displeasure and disappointment amid the audience.
Speaking to Kobby, our representative at the event, he narrates that, he believes the sound didn’t just go off. It could be as a result of the push and turns from the over thousand crowds who came out to witness the event.
He adds that, although dancehall artiste Shatta Wale was spotted at the venue, he only came to make an appearance in the field by throwing cash around his fans and later drove away.
Related Articles
Tags
#R2Bees Ghana Music Ghana Music News Ghana news Legon Local News Mugeez Omar Sterling Pentagon Hall Week University of Ghana

VGMA board members are “idiots” - Jupitar

Ebony still qualifies for Artiste of the Year – Charterhouse