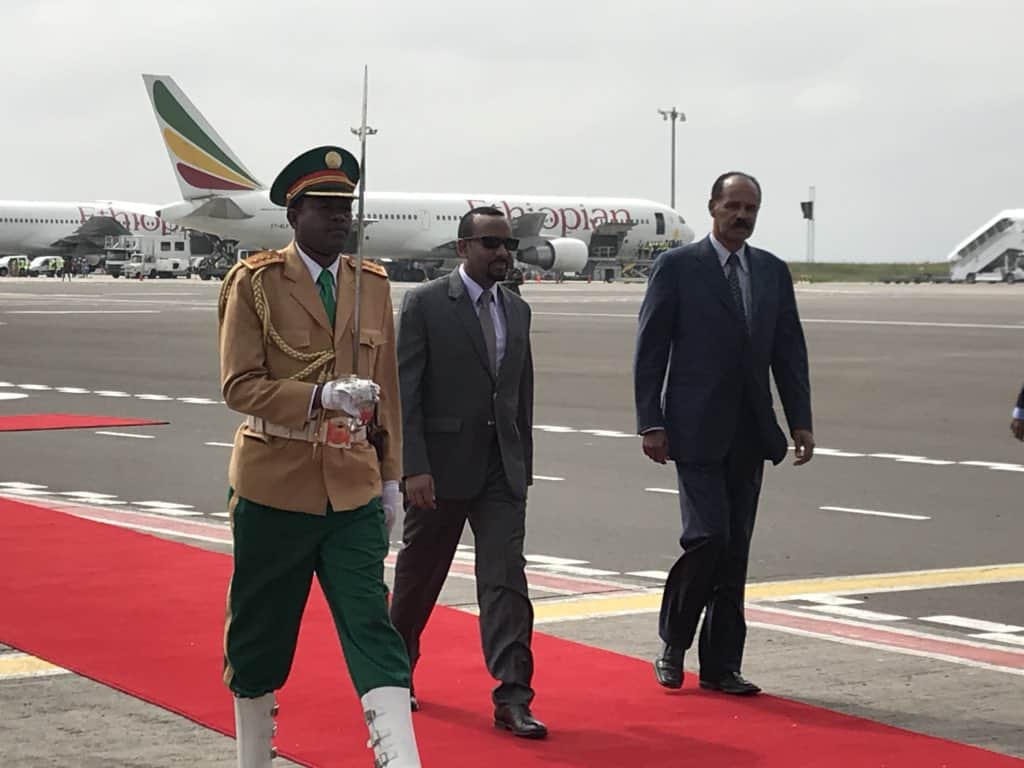 Eritrean president Isaias Afwerki has arrived in Ethiopia on Saturday morning for a three-day official visit.

Afwerki was met at the Bole International Airport in Addis Ababa by his counterpart Prime Minister Abiy Ahmed and a high-level government delegation.

His visit will strengthen the friendship and ties between Ethiopia & Eritrea.

Prime Minister Abiy’s Chief of Staff, Fitsum Arega, described the occasion as a “return home” for the Eritrean leader. “HE President Afeworki arrives in his other home, Addis Ababa,” Arega said in a tweet.

Scenes similar to what was accorded PM Abiy during his historic visit to the Eritrean capital, Asmara, were seen. Thousands lined the streets from the airport to the presidential palace cheering and joyfully welcoming the visiting president whose motorcade cruised Africa avenue was surrounded by traditional horsemen. 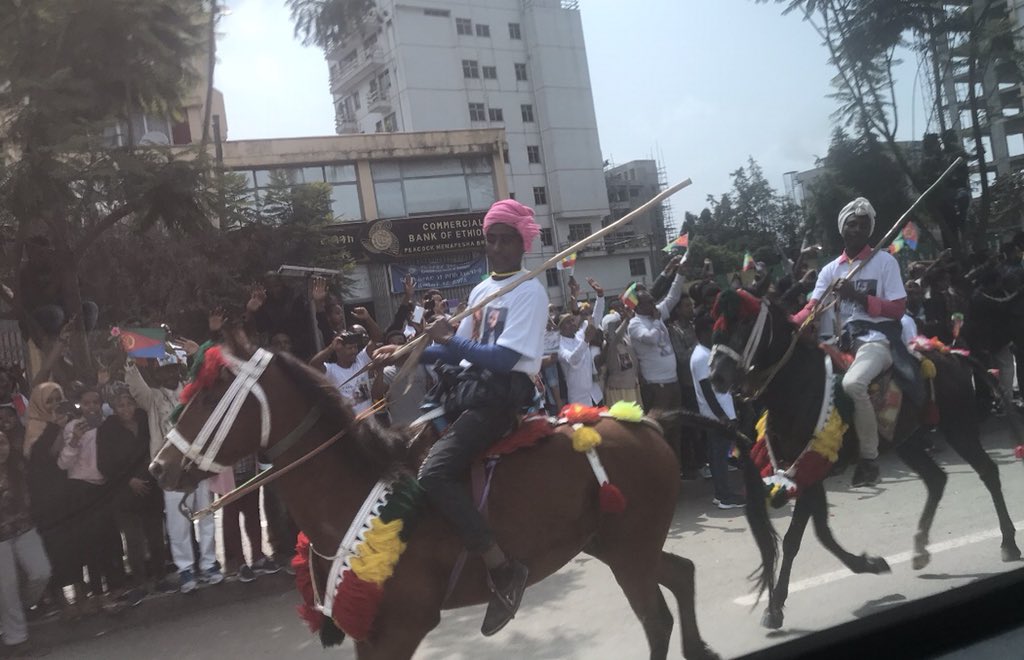 As part of his schedule, Afwerki is expected to address a gathering of selected residents at Addis Ababa’s Millenium Hall. He will hold talks with the host government likely to center around renewed relations between the two nations.

Afwerki will also be present when Eritrea reopens their embassy in Addis Ababa. That event is slated for Monday, the final day of his visit.

Local media reports that a musical concert is also planned in honour of the visiting president. 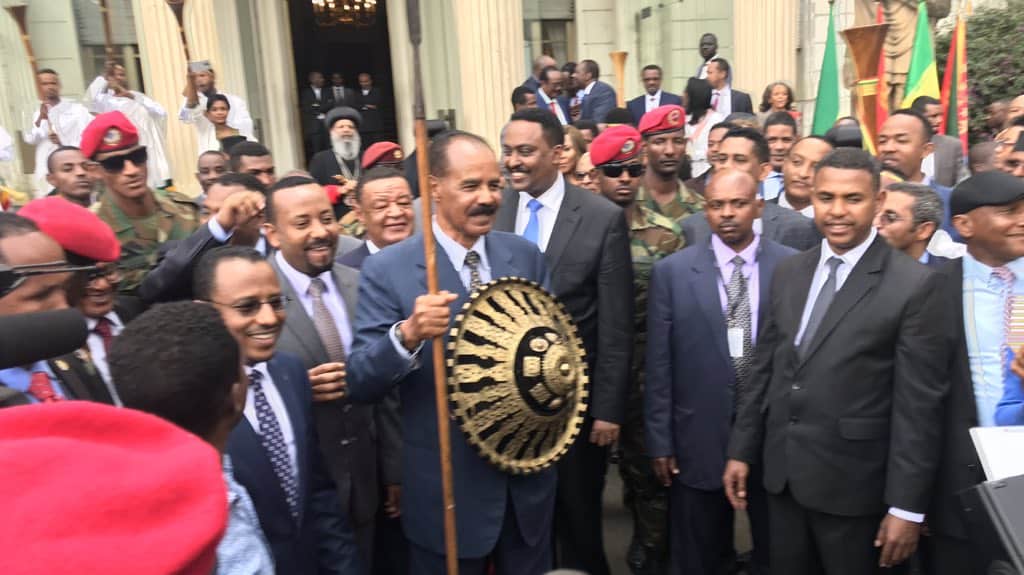 H.E President Isaias Afworki has also received a surprise gift of a horse, a shield and a spear— from Oromia Regional President Lemma Megerssa. A spear and shield is the most prized possession of an Oromo traditional warrior Check out some photos below. 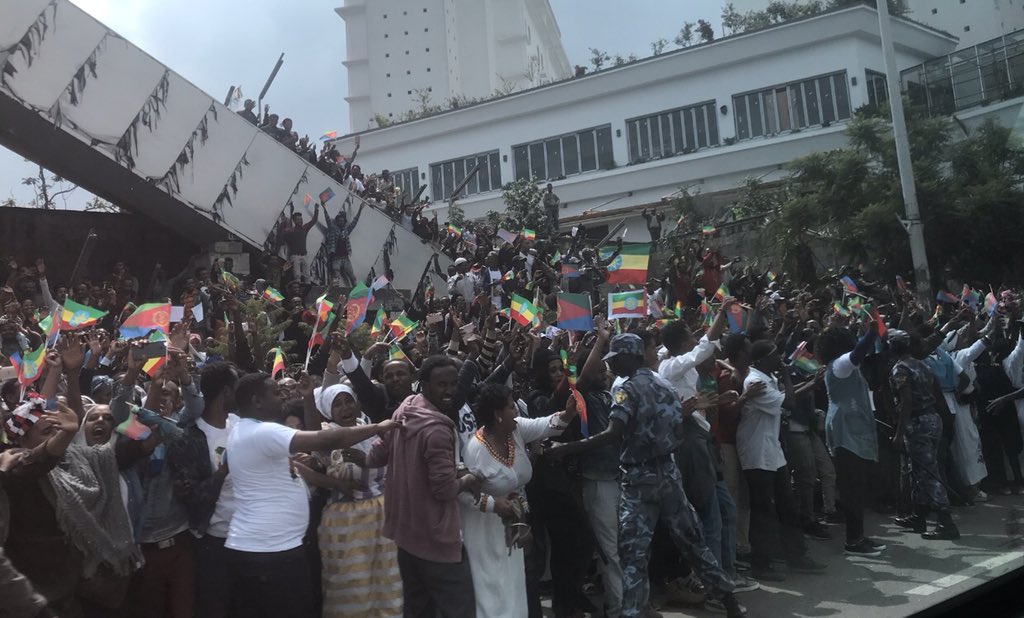 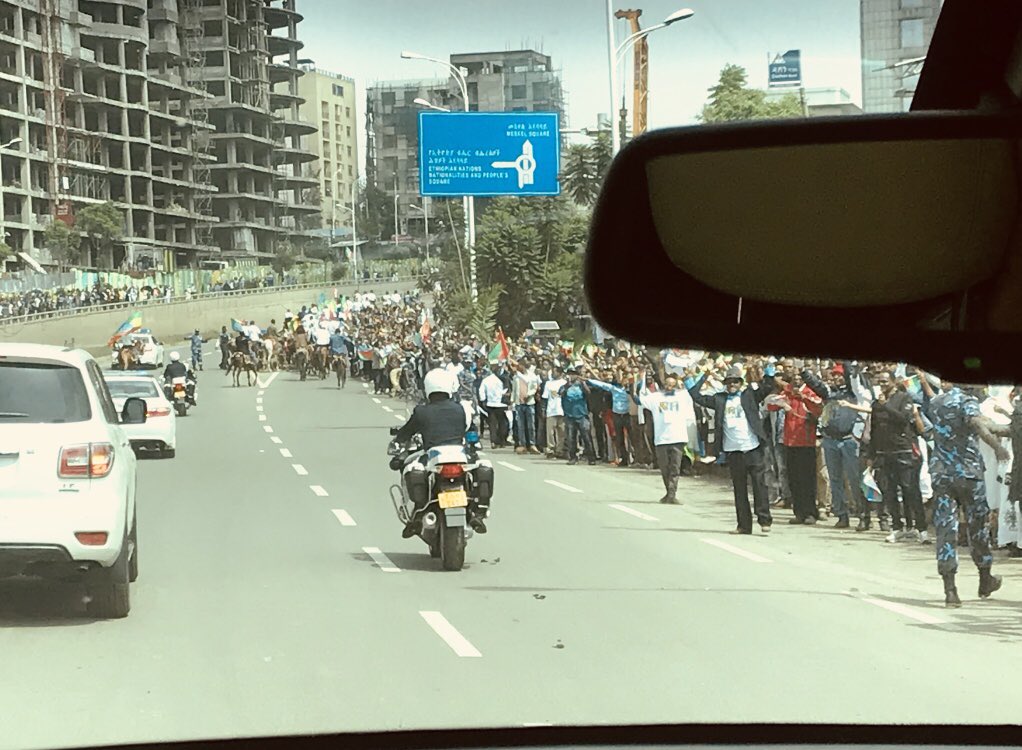 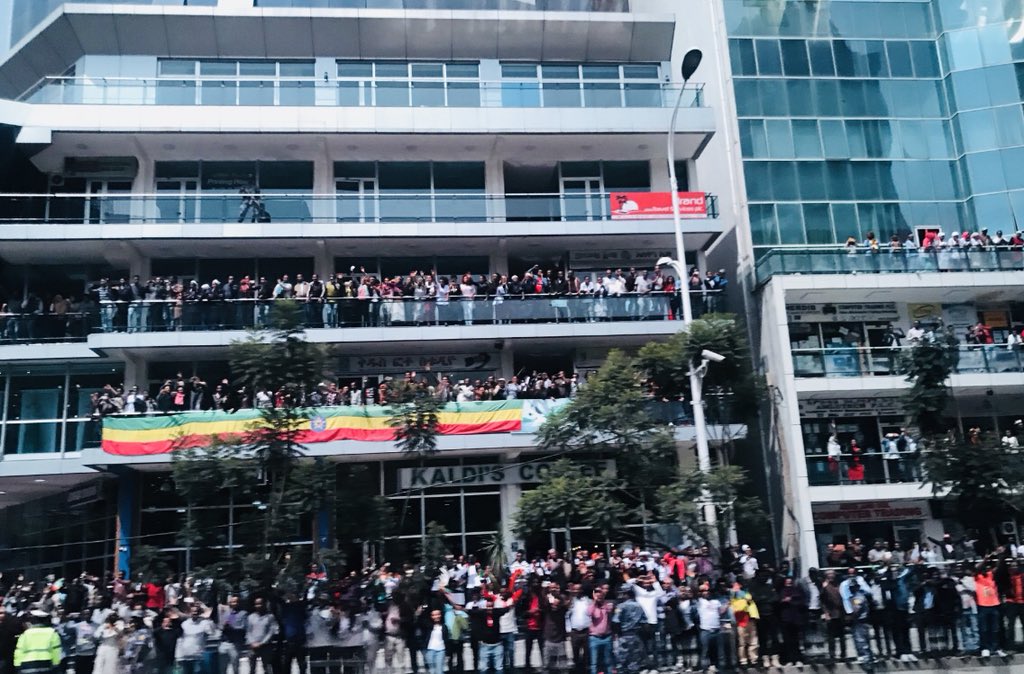 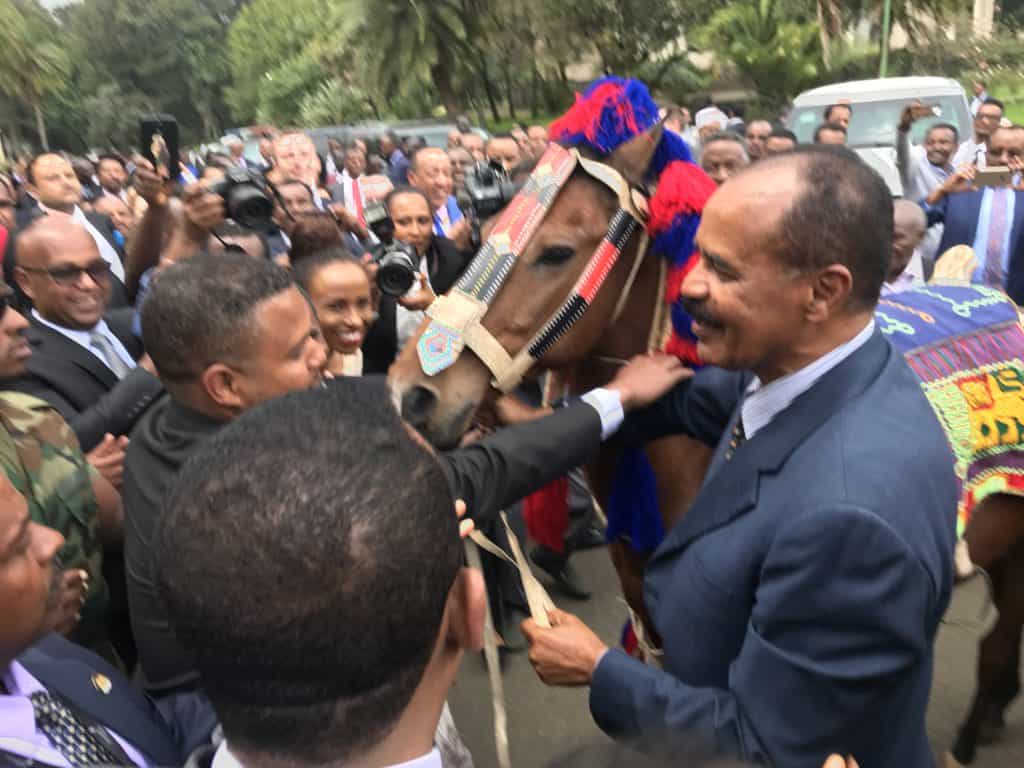 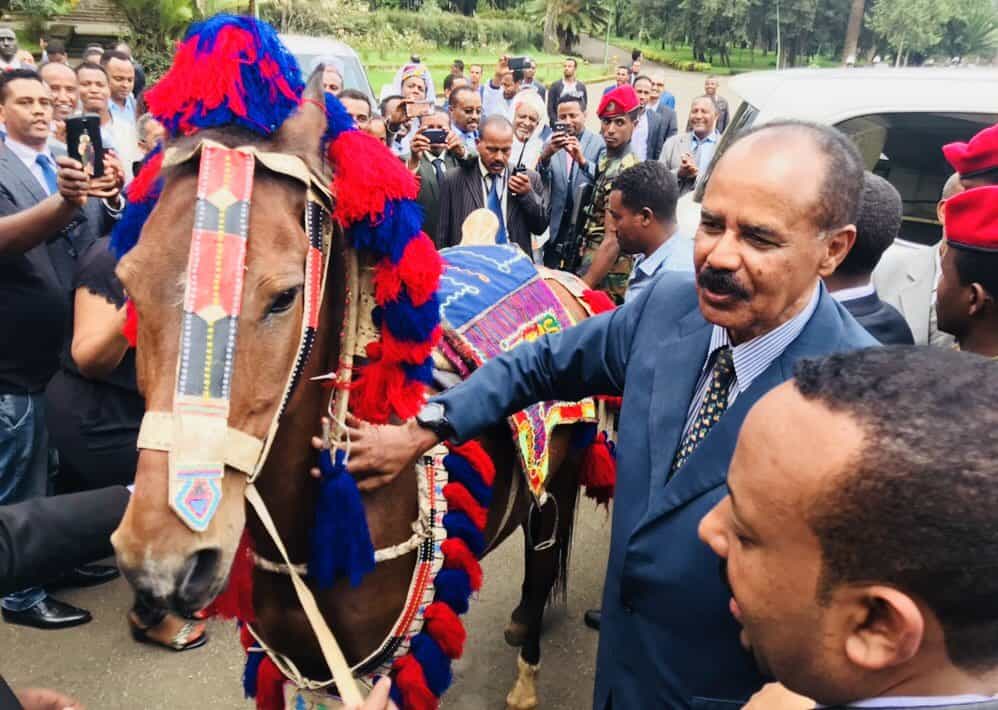 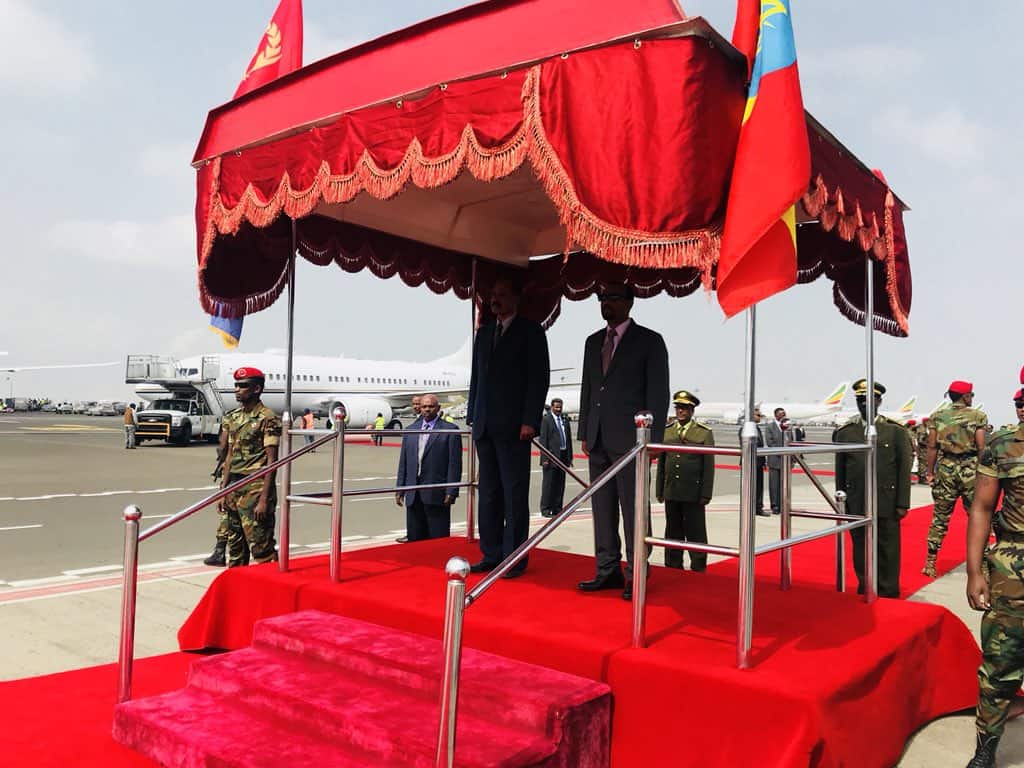 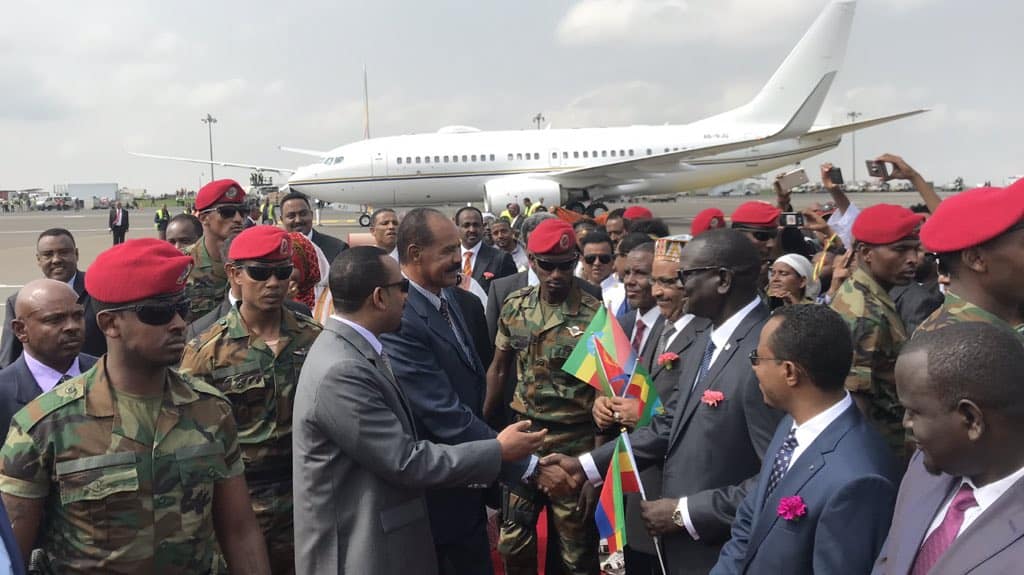