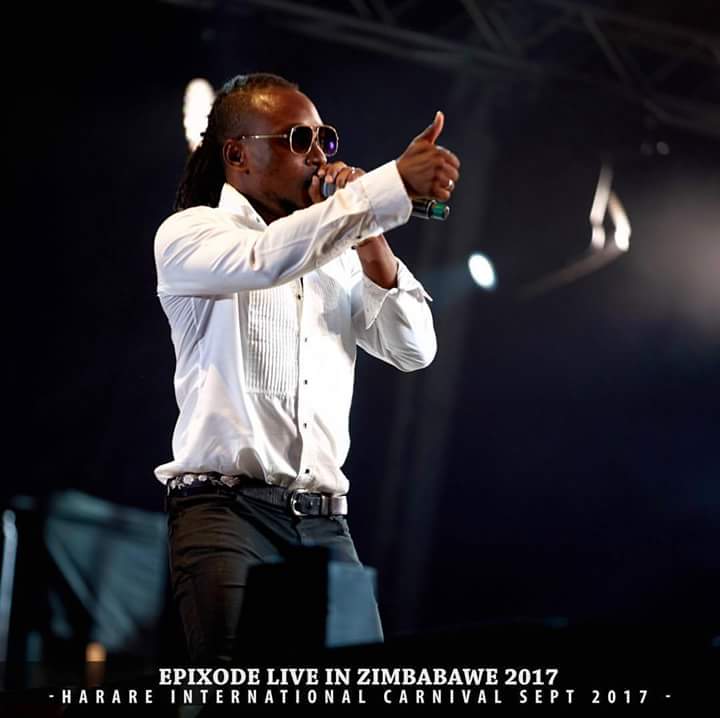 Ghanaian dancehall musician Epixode born Theophillus Nii Arday Otoo has once again proven he is one of the best performers Africa has so far produced.
The Avatar singer on the 9th of September, 2017 thrilled over 2million patrons from twenty-five(25) different African countries who summoned at the capital town of Zimbabwe; Harare to witness the 17th edition of the  Harare International Festival of the Arts.
According to Hello Gh, Epixode emerged as one of the best performers on the show. The self-acclaimed dancehall “Energy god” on stage didn’t only excite fans with his music and implausible performance but also represented his motherland Ghana as well.
The frenzied mammoth crowd who witnessed the Ghanaian star perform were obviously overwhelmed with his outstanding stage craft. They jammed and danced to his music throughout his stay on the stage.
Harare International Festival of Arts is one of Africa’s largest international arts festivals established in 1999 with the aim of showcasing the best arts and culture in Zimbabwe and other countries in Africa as well.

Held annually in late April or early May, HIFA is a major contributor to the development of arts and culture in Zimbabwe and Africa as a whole. The 10 -day festival/workshop program showcases the very best of Zimbabwean, regional and international arts and culture via theatre, dance, music, circus, street performance, fashion, spoken word and visual arts.

Epixode is currently enjoying his stay in Zimbabwe running a few radio tours to further promote Ghanaian music. Check his performance below.