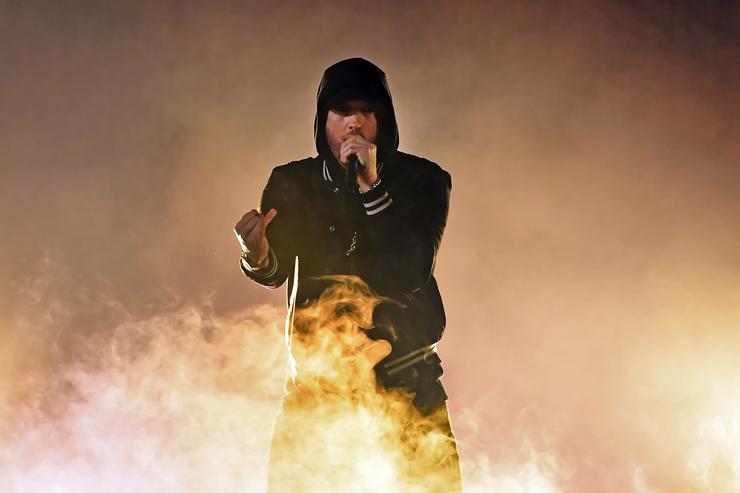 Across 13 tracks the Detroit rapper hits out on everyone from Donald Trump to Harvey Weinstein and Tyler, the Creator.

It comes just a year after his comeback album, Revival, and he cryptically tweeted to say he “tried not to overthink this one”.

The album doesn’t shy away from tricky topics during its 45 minute run-time.

Accusations start from the very first song, with The Ringer featuring claims that after his attack on President Donald Trump last year, he “sent the Secret Service” to meet him and assess whether he’s a threat or not.

He also says of Trump: “I empathise with the people this evil serpent sold the dream to that he’s deserted.”

Eminem also has no problems tearing down some of the rappers who have held the spotlight during his time away, including Lil Pump, Lil Xan and Lil Yachty.

Other, more established artists like Tyler, the Creator and Machine Gun Kelly are described with a few choice words too.

The track featuring the Tyler diss has been criticised by fans, as it uses a homophobic phrase.

It is unclear whether the lyric is referencing Tyler, the Creator’s own description of his homosexuality, as it is a phrase he has used himself in the past, or whether Eminem is hitting back by rapping the word.

Eminem has previously defended using the word and in 2013 he said “in Detroit the word was used freely… it was more like calling someone… a punk”.

Revival, his album which came out last year, is also referenced as he criticises the press for giving it poor reviews.

The album, which came out in December, was too early to reflect on much of the Harvey Weinstein scandal and Me Too era, but .

On the track Not Alike, he uses references to “bathrobe” and “roleplay” whilst calling the disgraced movie producer by his name in rap flow.

The album, which features artwork not dissimilar to Beastie Boys’ 1986 album Licensed to Ill, has been largely met with a positive response from fans on social media.

Many have compared Kamikaze to Eminem’s earlier albums The Eminem Show and Encore, saying The Slim Shady is back.

Not everyone has been positive about the album though, with some saying they refuse to support his condemning of the president, while others accused him of trying to fit in with newer rappers.

The album concludes with the song Venom – which features on the soundtrack of the upcoming Tom Hardy movie. 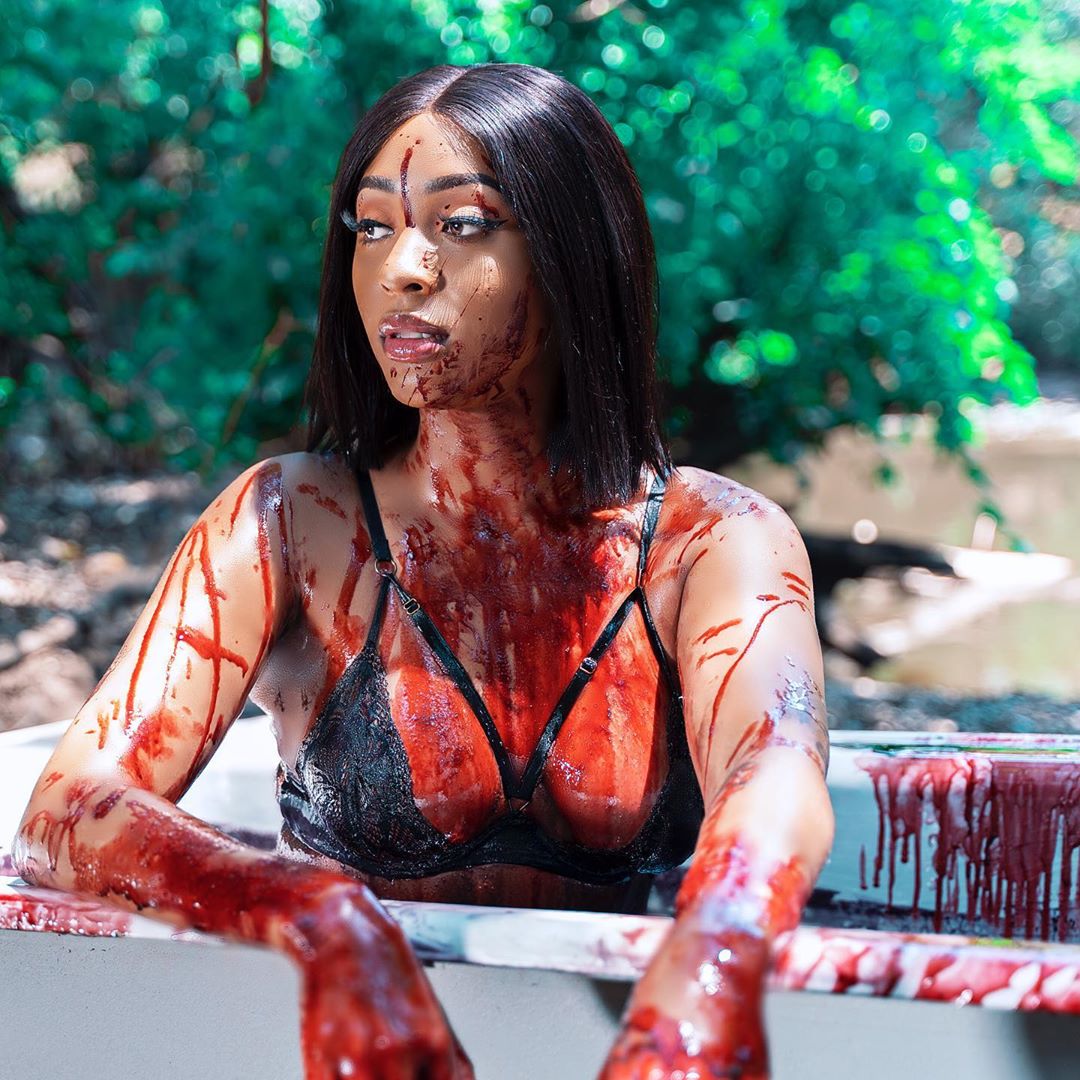