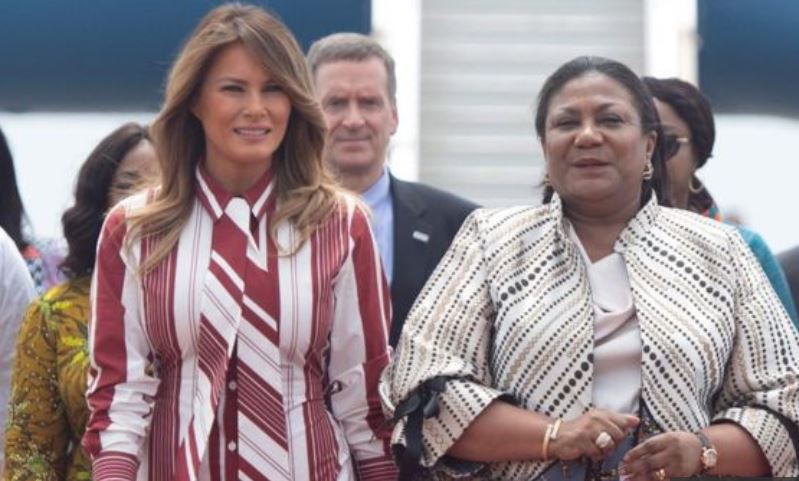 The American First Lady touched down at mid-morning where she was greeted by the West African country’s First Lady, Rebecca Akufo-Addo, and a young girl who offered her flowers.

The Boeing 757 Presidential Jet carrying her touched down at the Kotoka International Airport at exactly 1006 hours. 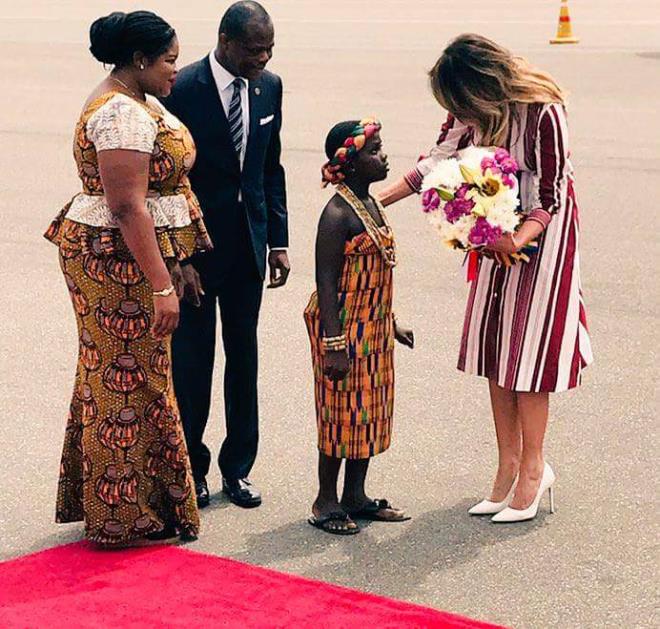 She will undertake a number of activities in the country including, visiting the Neonatal Infant Care Unit of the Greater Accra Regional Hospital together with Mrs. Akufo-Addo, to see the kangaroo mother care practice. 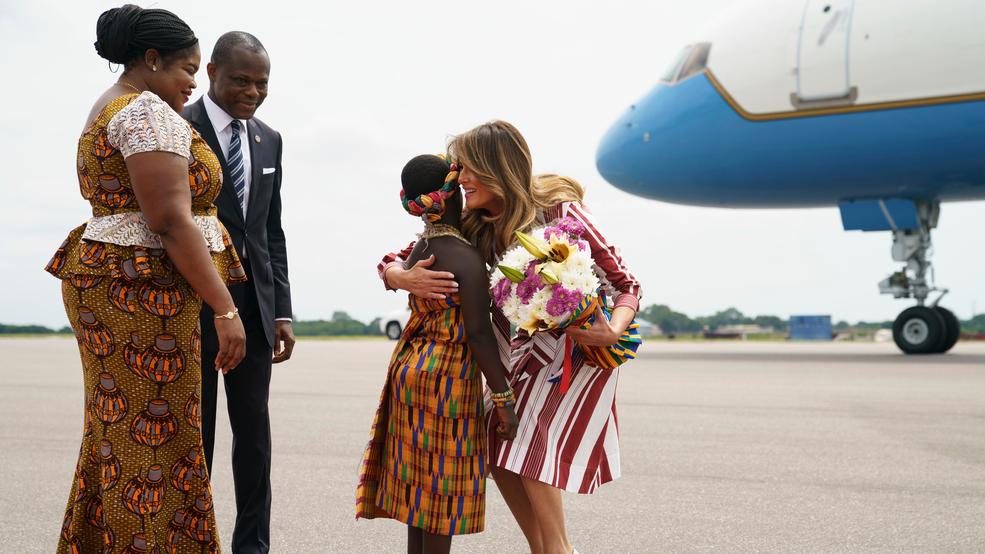 Melania Trump visited the child health facilities and met caregivers during her stay in the capital. She has focused on children as her signature issue and plans to promote child well-being during her four-country tour, which will include stops in Kenya, Malawi and Egypt.

She would also be making a donation to the facility. 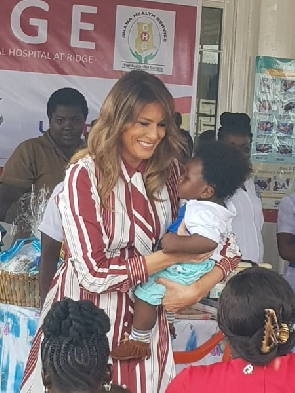 U.S. first lady Melania Trump is greeted by a child on arrival in Accra, Ghana, as she begins her tour of several African countries, October 2, 2018.

President Donald Trump has not visited Africa since taking office in 2017, but he has reportedly said immigrants from Africa came from “shithole countries”. He denied making the remark. 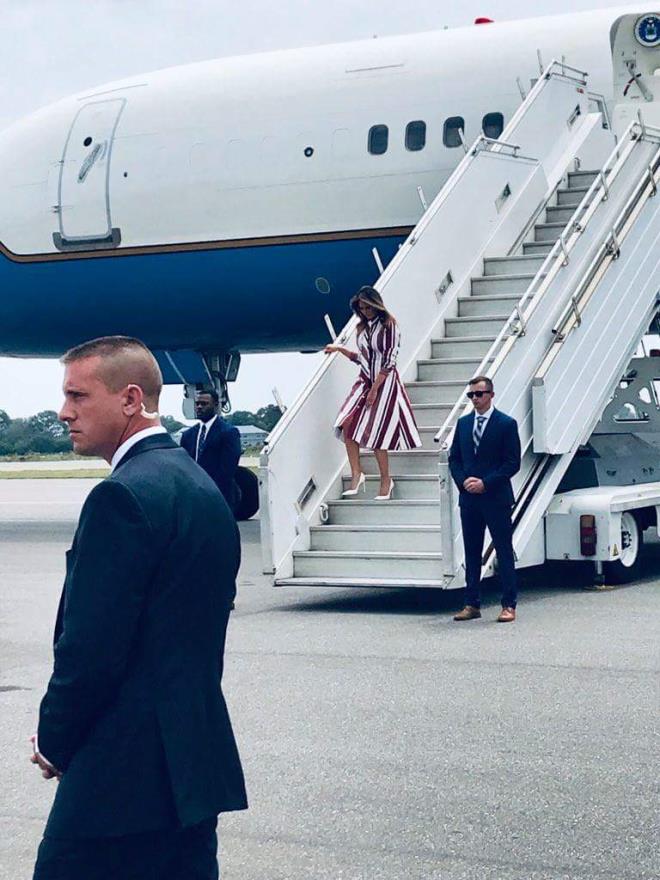