Seductive actress and socialite Princess Shyngle has confessed dating Michael Essien and more than 5 men since her rise to ‘celebrity status’ in the West African region. 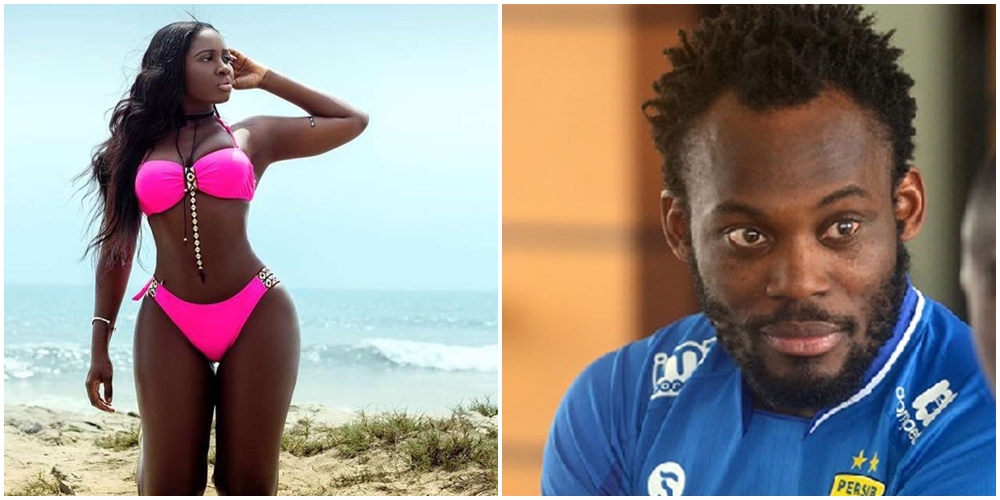 Noted for being a lady with the tiniest waist a regular African woman can parade herself with, the Gambia star Shyngle who sat in an interview with controversial-quiz-mistress Deloris Frimpong Manso – Delay has confirmed dating Ghanaian soccer star and former Chelsea and Madrid Midfielder Michael Essien.

She adds that she also shared bed with business man and rapper Dblack while concluding that she’s currently talking to Togolese soccer star Adebayor because he’s a fine gentleman.

Princess Shyngle, the Ghana-based Gambian native who was spotted kissing Essien at Checker pub in Accra has confessed kissing him because they were in a serious relationship. According to her, she dated Michael Essien for a year because he made her feel loved though she later found out that he was a married man.

“I dated him. I had no idea he was married. I had no reason to ask him because I never saw wedding ring on his finger and there were obviously no pictures of him and any woman on a social media so I assumed that he was a single man,” she told Delay.

When asked if she was still in a relationship with Essien she answered in the negative saying “Technically no!”
Adding that,”What happened was I got to know that he was married and that was a deal breaker for me. Obviously we were out in public which was a dumb move and I got contacted by some people that he was married and then I decided to Google him and I found out that he was really married,” she said.

Shyngle has in the past said that 99% of the guys she dated couldn’t satisfy her sexually and this raised concerns for host Delay to beep her if Essien was part of the 99% she stated in her Instagram post.

Princess Shyngle also added in her interview that dating rapper Dblack wasn’t a best choice as the businessman seem to enjoy the company of other women and cheated several times during their relationship. Watch the full interview below.