Ghanaian showbiz personalities; musician, Shatta Wale and his former Manager, BullDog have been spotted in several photos getting ‘cozy’ a sign of relief to end their long-term feud after their bitter split.

The interesting scenes were captured by Shatta Wale’s personal photographer Kwabena Awuku(Sarkodie’s former photographer) and the images portray a sense of brotherly reunion after both entertainment personalities seemed to be at war with each other.

Many would have been lost as to what could actually bring these two giants together someday but fate found their parts after their lost years in battle.

The pair, now part of Zylofon Media will be spotted often in the coming weeks. Shatta Wale working for the label as an artist and BullDog as A&R Manager. Check out their photos below. 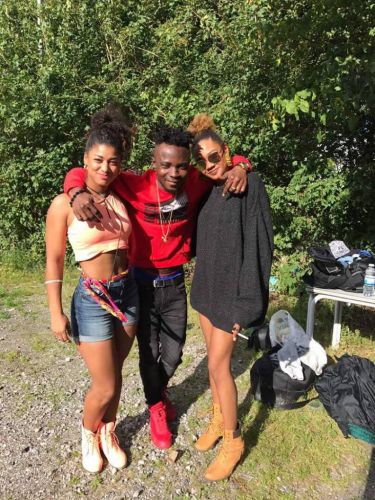