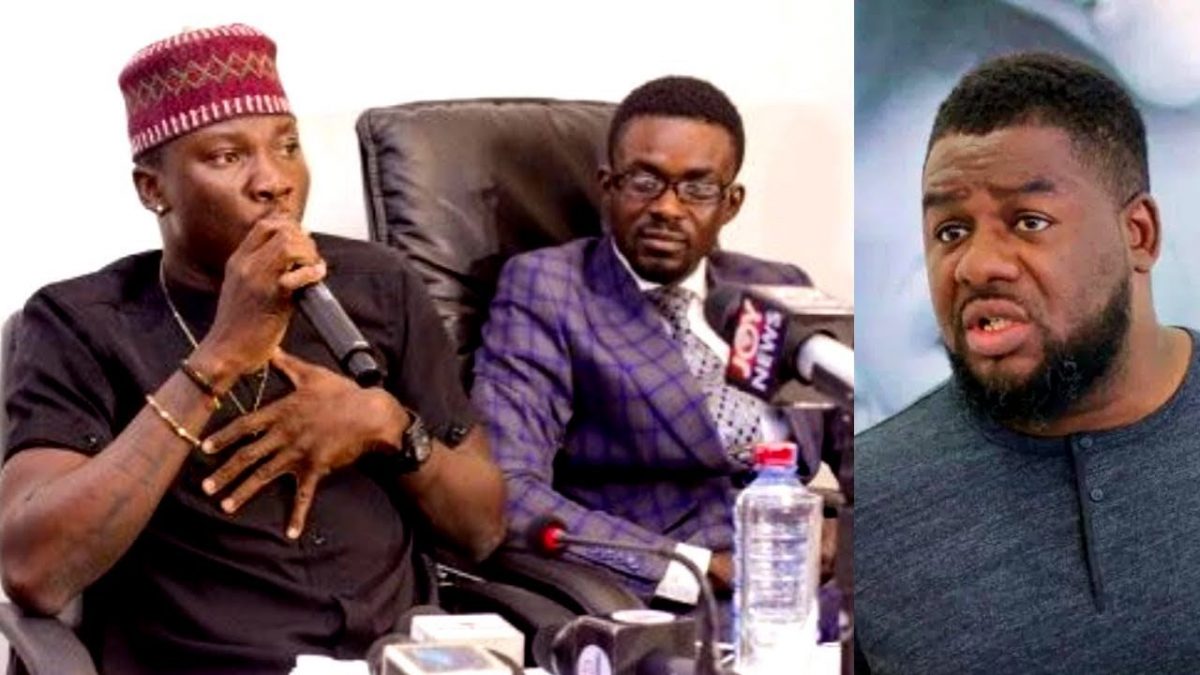 Stonebwoy is not happy Bulldog along with tugs tried to ‘steal’ his car while he was getting ready to perform at Champs.

An act the multiple award-winning dancehall musician has said it’s uncalled for from Bulldog, the same man who was accused of killing Kwaw Kese’s manager, Fennec Okyere.

According to Stonebwoy, Bulldog has Fennec Okyere’s death soiled on his hands and ordering tugs to attack him just sends a strong message to the authorities.

In a brief interview, Stonebwoy believes some people in Ghana are allowed to misbehave and got scot free because of their affiliations with some top officials who could possibly be their accomplice.

Unhappy Stonebwoy, although sounding hurt, still fears for his life as he doesn’t know what next step Bulldog will pull to grab his attention.

Meanwhile, Bulldog in a shady narrative told listeners of Showbiz Agenda on Zylofon FM that, although he led the transport manager at Zylofon media to seize Stonebwoy’s vehicle, he was rather assaulted in the cause of his negotiation.

Bulldog, born Lawrence Nana Asiamah Hansen, speaking in an interview with Sammy Flex narrated that, the attack launched on Stonebwoy was a decision taken by the transport manager and his tugs and not him as reported in the media but eyewitnesses on the scene have since denied his assertion.

Bulldog’s story, although it doesn’t tally the witnesses narrative, leaves more room for further probing but host of Showbiz Agenda decided to let sleeping dogs lie for the sake of a  better industry building through Nana Appiah Mensah’s Zylofon Media.

We can recall when the manager of controversial hiplife artiste, Kwaw Kese was shot dead in 2014 and Bulldog was one of the key suspects following his demise.

Bulldog has since been pronounced a free man after four years of Fennec Okyere’s demise although nothing has been heard, not to talk of an arrest of the people involved in the heinous crime and Stonebwoy in the interview below proposed he could also be in danger for being “innocent”.