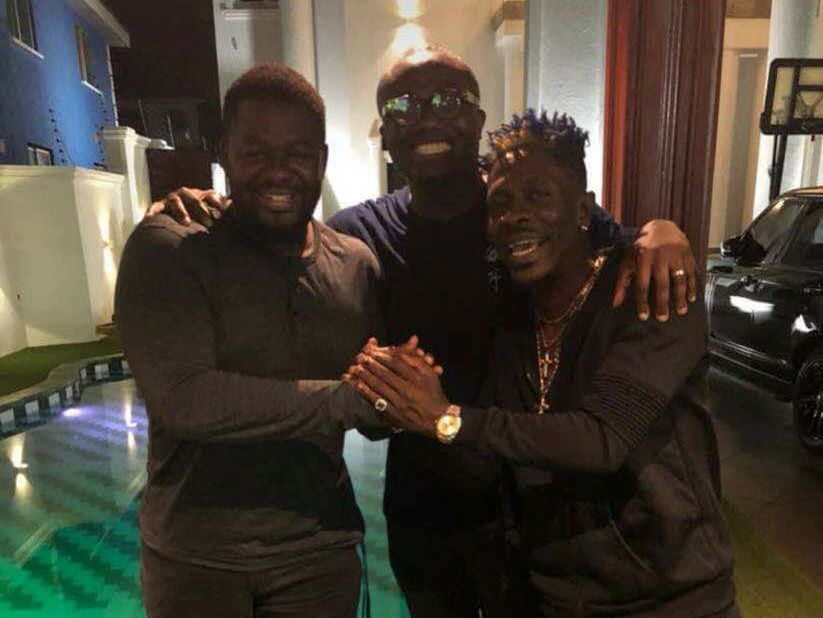 Award-winning media personality, Nathaniel Anokyi Adisi, popularly referred to as Bola Ray has stepped in to end the long feud between Shatta Wale and his former manager Bulldog.

The two have literally been attacking each other after years of working together over a personal issue.

Apparently, a photo chanced upon by Kasapafmonline.com shows the dancehall artiste and his former manager have reunited through the effort of EIB Network CEO, Bola Ray.