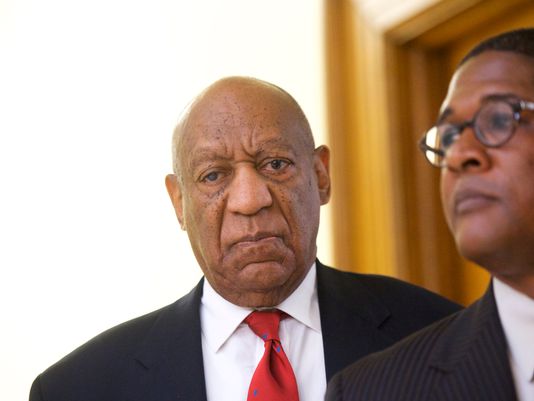 At 80 and in failing health, any prison term is likely a death sentence.

Comedian and TV icon Bill Cosby has been convicted on three counts of aggravated indecent assault at his sexual-assault retrial Thursday, on the second day of deliberations.

A jury found “America’s Father” guilty of drugging and sexually assaulting a woman at his home 14 years ago, capping the downfall of one of the world’s best-known entertainers, and offering a measure of satisfaction to the dozens of women who for years have accused him of similar assaults against them.

On the second day of its deliberations at the Montgomery County Courthouse in this town northwest of Philadelphia, the jury returned to convict Mr. Cosby of three counts of aggravated indecent assault against Andrea Constand, at the time a Temple University employee he had mentored.

It was not the outcome Cosby or his high-powered defense team wanted but it was an answer to the question that has haunted America since October 2014: Is “America’s Dad” really a serial sexual predator who drugged and molested Andrea Constand at his nearby home in January 2004?

Last June, another jury at Cosby’s first trial deadlocked on that question after days of deliberations, forcing Judge Steven O’Neill to declare a mistrial.

The three counts — penetration with lack of consent, penetration while unconscious, and penetration after administering an intoxicant — are felonies, each punishable by up to 10 years in state prison, though the sentences could be served concurrently.

It was the second time a jury had considered Mr. Cosby’s fate. His first trial last summer ended with a deadlocked jury after six days of deliberations.

Mr. Cosby sat back in his chair after the verdict was announced and quietly stared down. Several women who have accused Mr. Cosby of abusing them, and attended the trial each day, briefly cheered, then fell silent. Judge Steven T. O’Neill praised the jurors, calling it “an extraordinarily difficult case” and adding, “You have sacrificed much, but you have sacrificed in the service of justice.”

Meanwhile, Cosby’s lawyer in a brief statement has revealed that this is not the end of the road. “We’re disappointed by the verdict,” he said.

I'm not afraid of going to jail - Wisa Greid

70% of women in Africa addicted to skin bleaching

Bulldog has Fennac Okyere’s death “soiled” on his hands – Stonebwoy