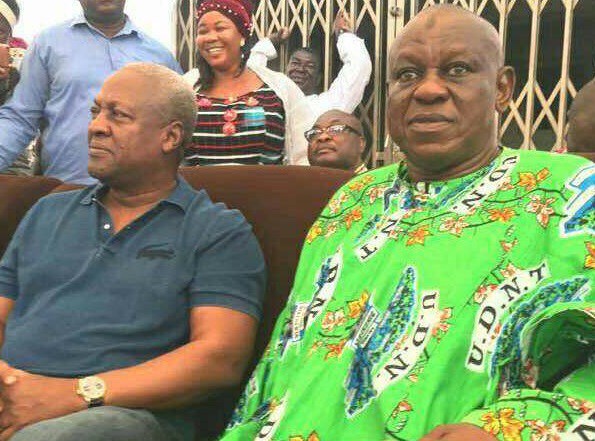 The family of the late political commentator and Managing Editor of the Al-Hajj newspaper, Alhaji Bature Iddrisu, has cautioned politicians and other individuals who intend to make political profit from the death of their brother to desist from such attempts.

The family, through its spokesperson, Mr Amos Blessing Amorse in a statement said the Iddrisu family is extremely scandalised by the inexorable attempts by some political entrepreneurs to score despicable political points with the sudden death of Alhaji Bature Iddrisu by launching unwarranted attacks on former President John Dramani Mahama for not showing up at the burial service of their late brother.

The family said the contributions of the former President Mahama; his brother, Mr Ibrahim Mahama and the Mahama family in general, from the day the late Alhaji Bature Iddrisu was admitted at the hospital, to the time of his death and its aftermath, are too great a virtue for the Iddrisu family to gross over.

According to them, while they acknowledge the inherent rights of any person or group of persons to criticize the former president, it strongly objects to crafty attempts to use the death of their late brother as fertile political grounds to sow seeds of political profiteering.

“We believe the Mahama family came to the rescue of our late brother at the time he needed them most and the best way to reciprocate is to appreciate their kind gesture”, Mr Amorse stated.