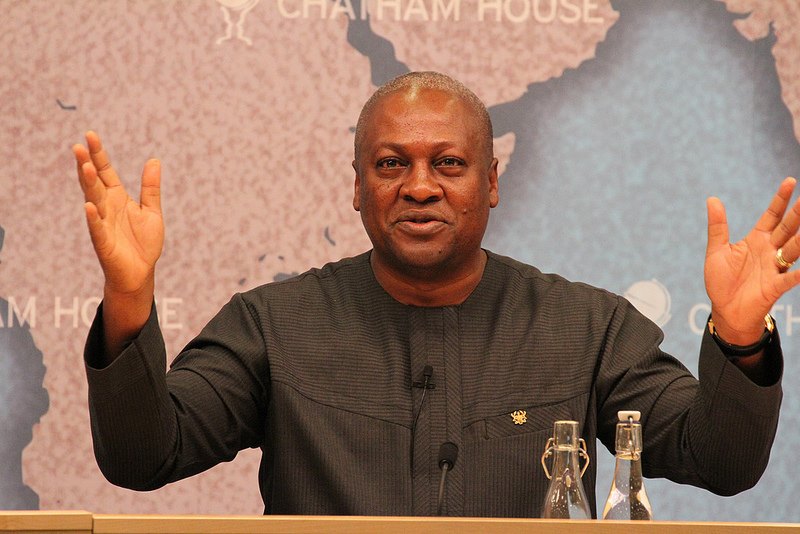 Former President John Mahama has mocked what he says is the “super-incompetence” of the Akufo-Addo government saying they need an ‘Obinim sticker’ to perform.

The ‘Obinim sticker’ challenge is the latest craze on social media with many Ghanaians joking around it. The sticker stories mock the supernatural claims of controversial miracle preacher Daniel Obinim. The challenge makes fun of the claims of Obinim by creating and attributing almost impossible occurrences to the inherent powers of the sticker, which is sold to followers of Obinim.

Addressing members of the NDC in Wa in the Upper West region Saturday, Mr. Mahama said even though the NPP appears incompetent in government, the umbrella family will have to work hard to win the 2020 elections.

“I have been watching social media lately, and there’s something that has come, and I think it cures everything. It’s the Obinim sticker, the President and his government need an Obinim sticker. If it really works, then I think they need the sticker. So I am saying that we cannot depend on their incompetence, we need to work hard to gain the support of the electorate,” Mahama said.

Mr. Mahama said the ruling New Patriotic Party has failed and could be felt in the “unbearable hardship” being experienced by Ghanaians.

“People are feeling more hardship than ever today,” the immediate past president told the NDC gathering after the walk.

He added: “People said any idiot can borrow and that there is money in Ghana and that we can develop Ghana without borrowing but in one year and three months we have borrowed close to 30 billion Ghana cedis.”