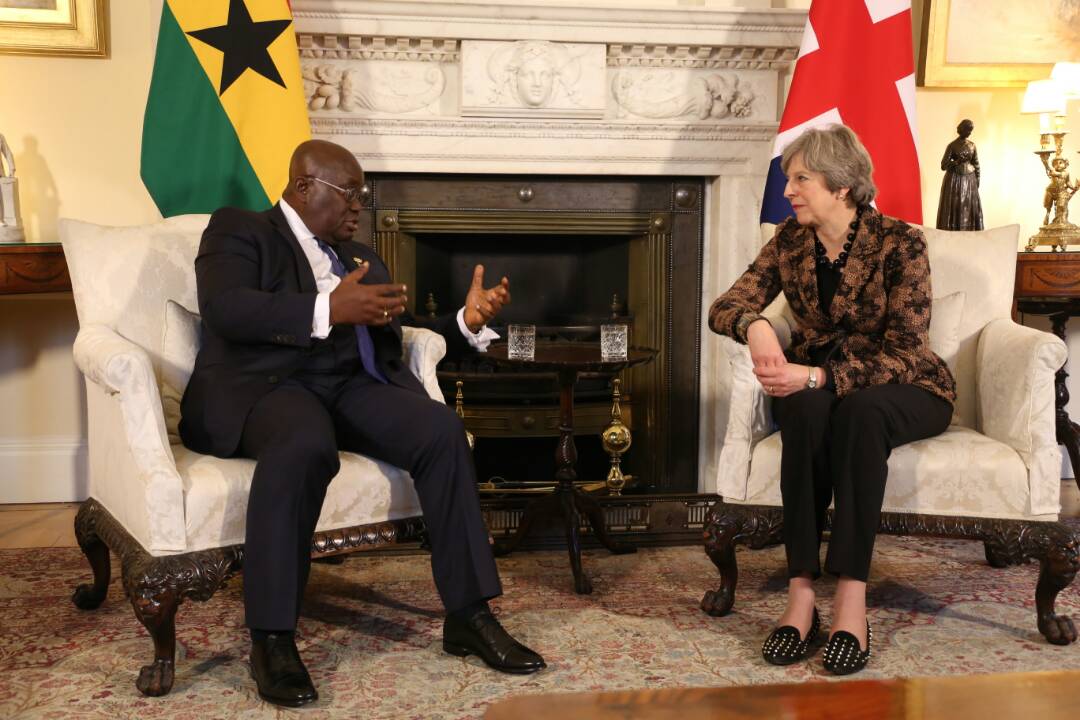 UK Prime Minister Theresa May has told President Akufo-Addo and other African leaders attending the Commonwealth heads of government meeting in London that it is okay to accommodate homosexuals in their countries.

She is of the view that it’s wrong for homosexuals to be persecuted for their sexual orientation and her country is therefore ready to help African countries including Ghana to reform their laws to accommodate the interest of homosexuals.

While acknowledging efforts being made by member countries to improve conditions of homosexuals, she noted: “Yet there remains much to do…Nobody should face discrimination and persecution because of who they are or who they love. The UK stands ready to support any Commonwealth nation wanting to reform outdated legislation that makes such discrimination possible”.

The call by the British Premier comes on the back of a similar one by the Danish Ambassador to Ghana, Tove Degnbol who called on Ghanaians to respect the rights of gays and lesbians and US Ambassador Robert Jackson who also wants Ghana to accept homosexuals.

“I think it is important that gay [and lesbian] rights are discussed. To us, gay rights are human rights. Everybody should have the same rights. We have been through this discussion in our country, initially, there was a lot of resistance from religion. I fully recognize the debate which is going on here in Ghana. But I think it is very important to understand that all people have rights,” despite their sexuality and nationality”.

There have been several agitations by gays and lesbians outside Ghana seeking protection from abuse and attacks over their sexuality.

With the exception of South Africa, lesbian, gay, bisexual, and transgender (LGBT) rights in Africa are very limited in comparison to many other areas of the world.