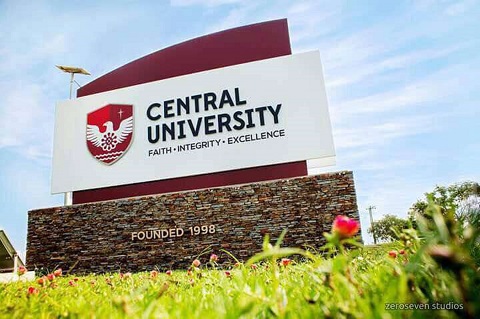 Report reaching netbuzzafrica.com indicates that 67 Staff members of Central University sacked via text messages.
More than 67 senior and junior staff of the Central University College have been relieved of their post in what management describes as a general staff retrenchment.

The affected staff were fired via text messages and given three-days to vacate their positions, a development that appears to have angered a section of them who have worked with the institution for close to nineteen years.

Some of the affected staff are from various departments at Mataheko and Miotso campuses of the University belonging to the International Central Gospel Church (ICGC), were given one month salary prior to their dismissal.

In a WhatsApp group chat, a Senior Member of the University described the treatment meted out to the staff as inhumane considering how many of them toiled to put the institution at its current state wondering who will be happy being fired via a text message and asked to vacate post within three days.

According to her, at the close of last year, most staff contracted loans which were duly approved by management only to be given the marching orders in January wondering how they will be able to settle their indebtedness to the bank.

“Pastor Charles some of us are not happy that you are saying truly CU has done her part for some of us and still doing to others. If you think since CU has done her part, this is not the time to make such a comment…this is hypocrisy if you ask me. People are aggrieved… if you think you are a pastor and a child of God what you need to do is when they started sacking people you should have gone to represent people by telling them that CU has done its part but people have also done their part”, an angry staff in a voice note disclosed in a group.

She said that most staff sacrificed for the University and were cohabiting with snakes yet been treated with disdain describing their dismissals as harsh wondering why they have failed to take their toil into consideration.